On the evening of January 24th just hours before receiving an Oscar nomination for his brilliant screenplay The King’s Speech, screenwriter David Seidler visited Las Vegas and took part in a private screening and Q&A session at the Brendan Theatres inside the Palms Hotel. Now, 73 years young, the scribe is enjoying what some may describe as overnight success. In fact, when someone in Hollywood said to him that this was a great third act to his career, Seidler responded, “What he didn’t understand is that I am very old fashioned and I believe my life is actually a five act play.”

Born in London, David stuttered as a child and all through adolescence. As a boy his parents encouraged him to listen to the speeches made during World War II by King George VI or Bertie as he was called by the royal family and close friends, believing it would provide their son with hope. As a result, the King became a childhood hero of David’s “I thought one day I will write something about Bertie. I had no idea what. I didn’t know what the screenplay was,” he said. During college at Cornell he began doing research for the project but soon succumbed to the challenges of higher education putting both it and his desire for a writing career on the back burner. “I took it seriously again in 1980. I had come to Hollywood at age 40, which was when any sane writer was leaving Hollywood, but I didn’t know that and I had written “Tucker”, which I thought would be made and would instantly change my life forever, and then I could do whatever I wanted, but that didn’t happen. It took 10 years to get made and didn’t change my life much at all,” he confided. 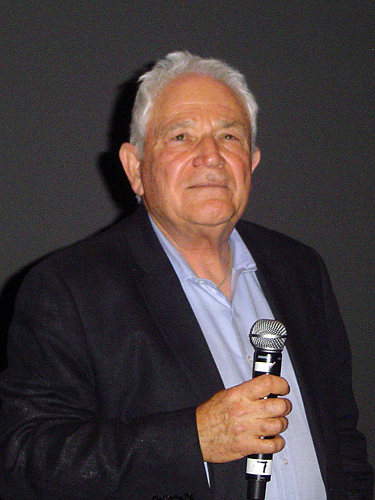 “Tucker”, which starred Jeff Bridges, was based on the life of maverick car designer Preston Tucker, who found heartache when he challenged the auto industry with his revolutionary concepts. Seidler became fascinated with him in 1947 when his parents brought him to Atlantic City on holiday and he viewed The Tucker Car on the pier. “I saw this thing as a kid and it looked like a rocket ship standing still. It was fabulous. A few months later I see in Life Magazine that Tucker is under arrest by the SEC,” David recalled. He added his father’s response when asked whether or not the story was true. “My Dad said one of those dad things that you always remember. Don’t believe everything you read. So, I always wanted to do Tucker.”

Living in New Zealand and approaching a birthday milestone he said to himself, “If you’re ever going to give one last try to being a serious writer you have to get yourself back in the United States and the story you should be doing is Tucker.” I was 40. I had no money, no career. I was working in advertising,” Seidler recalled adding “I got transferred to Detroit, so I could start doing research on Tucker.” The process didn’t go as planned and he hit roadblocks when trying to reach Tucker’s family. Ending up in Los Angeles he looked up an old high school pal and discovered that a mutual friend of theirs, Francis Ford Coppola or “Frannie” as they called him, had purchased the rights to Tucker from the family. Coppola, who was in the midst of finishing “Apocalypse Now”, was enamored of the story because his father had invested in the Tucker Car Corporation. David contacted Francis and after admitting that he knew he wouldn’t win in a rights fight impressed the director with his knowledge about the man. Eventually Coppola suggested they get together and talk and thy met at the MGM sound studio where Francis was looping “Apocalypse”. After David shared his research Coppola said, “Have your agent call my lawyer tomorrow morning to make a deal.” Seidler laughed, “I didn’t have an agent, so my friend said you can call my agent and see if he’ll do it for you.” The man was very brusque telling him he didn’t take people off the street and David countered, “All I need for you to do is make a deal with Francis Coppola tomorrow morning,” to which the agent responded, “Son, you have an agent.”

From there his writing career was anything but smooth sailing. Just like with “Tucker,” “The King’s Speech” was an idea that percolated for a long time before the research for it was completed, the writing done and the production finally underway. David’s serious research for the story began around 1980. There is a massive amount of material about King George VI although David joked, “some of it may I say is as dry as the Sahara.” He found Sarah Bradford’s The Reluctant King to be extremely helpful and also liked Battle Royale, which explored the relationship between George and his brother David, who abdicated the throne. “It was easy to find out about Bertie,” he said. At this point his mind was set to write about the King, but he still wasn’t sure where the story would take him. Then, the idea of writing about Bertie and Lionel Logue, the Australian speech therapist who helped the King with his stutter, began to grow. “You get a smell for a story. You don’t know what the story is, but you know it’s there,” he explained.

However researching Logue and his relationship with Bertie wasn’t that easy. Aside from an occasional paragraph or sentence written about him there was no material, but that didn’t deter Seidler, who was familiar with the techniques used by Logue. “He straightened the diaphragm by having somebody sit on your stomach and indeed it is reported that Elizabeth did indeed sit on her husband’s stomach,” the writer related. Although people claim the story is preposterous, he asserts that it really did happen. Other therapists resorted to a multitude of exercises. “Some of the techniques are what I experienced as a young boy,” David shared. “I had marbles put in my mouth. I was told to smoke. I started smoking at age 14, so it would relax my throat and, of course, I paid the price. I got cancer because of it,” he continued.

Regardless of how familiar he was with mechanical techniques used, Seidler had no evidence to prove it at that point since there was no documentation about the King’s treatments. At that point he asked someone to do some detective work in London, who found Valentine Logue, one of the therapist’s sons by looking in the phone book. “He’s the boy in the movie with his nose buried in book,” David said. “By the time I contacted him he was an elderly gentleman, an eminent brain surgeon,” he continued. Seidler believes this would have pleased Lionel, who felt put down by the snobby Brits surrounding the King. The writer contacted Valentine by letter and Valentine invited him to come to London offering him a look at his father’s journals... However, there was a catch. “I had to write to the Queen Mother asking permission to get Logue’s notebooks. She said no please not during my lifetime because these events are still too painful,” he related adding that his American friends were perplexed when he agreed. He explained that although he became a naturalized American Citizen at age 22, he was born in London and felt obliged to honor the request. He also didn’t think he’d have to wait so long because at the time The Queen Mother was in her 70’s, but she lived to be almost 102. “I stopped. I just waited. I didn’t realize that I was going to have to wait 25 years, but by the time I was able to get going again I knew he (Valentine) was long gone. I had no way of contacting the family,” he continued. However, a few weeks before production began the therapist’s grandson popped up with the missing notebooks. This concerned the scribe, who had already written the script and cast the film. He was worried that the journals would prove his assumptions about the characters to be inaccurate, so it came as a relief to discover that his thoughts were on target except for one character, Logue’s wife Myrtle. David had envisioned her as a woman reluctantly living in England, who longed to be in Australia. “When we got the notebooks I discovered to my horror she loved being in England,” he shared. The real Myrtle approved of her husband treating the King and since Director Tom Hooper was being scrupulous with historical facts there wasn’t enough time to recreate a new character. Interestingly enough Hooper found out about the script through his mother, when partly because of her Australian and British heritage she was invited to a table read of the unproduced work She phoned Tom afterwards announcing that she’d found his next project and he has commented that the moral of this story is to listen to your mother. 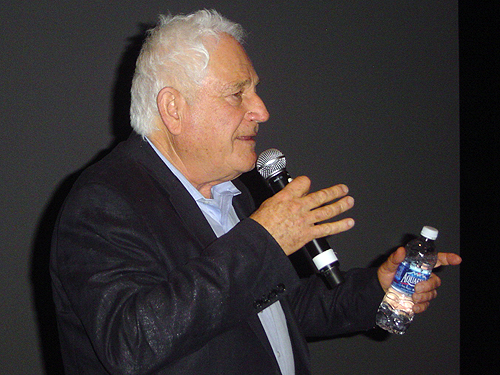 As for accuracy in other areas of the screenplay, Seidler said, “Nobody was in the room when those two met. Nobody took notes. Nobody kept a record.” People have also wondered if the King would be that funny. David wrote it that way partly because stutterers tend to always view themselves that way. “We have been reviled and considered feeble minded. If you were a stutterer you were slow and Bernie was considered slow,” he continued.

Speaking about the witty dialogue peppered throughout the script, David said, “I feel that real humor comes from character and in this case it was not that difficult. You have the odd couple. You’ve got an Englishman and an Australian. You have a King and a commoner.” He also cited the differences between Bertie, who was a man bound by convention and Lionel, who was the definition of unconventional.

In fact, one of the best lines near the end of the film occurs when Logue tells Bertie that his speech was very good, but that he still stumbled over the Ws and the King replies how else would anyone know if it was him. “That is a direct quote from the notebook. There wasn’t that much in the notebooks when we finally got them that was personal. Logue was very discreet. He knew he was treating the King. He didn’t go into a lot of personal detail, but that line was there,” he confided adding “My literary hero as a young man, as a young writer was George Bernard Shaw and from him I learned that if you want to say something really serious, say it through laughter. Say it through humor and it’s much more accessible.”

That line might also apply to David Seidler’s heart warming screenplay “The King’s Speech” that has made the past accessible to us in the present while earning him several awards and accolades and a nomination to receive if not a knighthood at least a piece of Hollywood royalty known as Oscar.